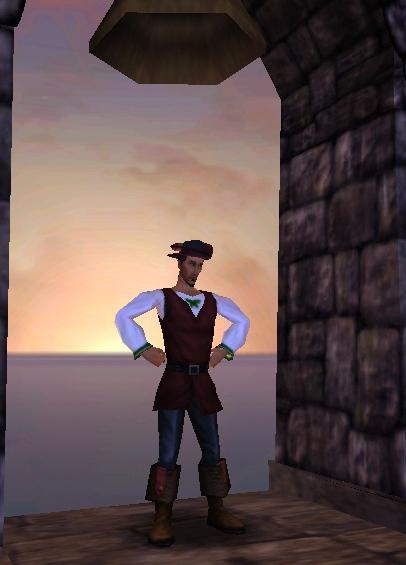 Part 1 The Begining of a Legend

Lord Matthew Marcus Anthony Faye Blastshot I was Born in The Faye Family Mansion in Wesminister London on the 27th of February in 1714. He was the third child ofSir Thomas James Albert Faye and Elizabeth Anne Marie Faye. He was the Younger Brother of Cutler Patrick Willam Beckett and Henry Simon Carter Faye . Growing up Matthew spent most of his time Practicing his Violin, Horseback riding, and studying his Schoolwork. When Matthew was 14 years old His Father was made Head of The Royal Fleet. The family relocated to Port Royal in the Caribbean. The island where the Legend was Born.

The Voyage to the Caribbean left on the 29th of April 1728. The journey took three Long months. Matthew was bored out of his mind and felt out of Place. He hated the sea. The Ship arrived of the coast of Port Royal on the 17th of July. When Matthew saw Port Royal he did not quite know what to think. He was nervous yet excited about his new life. When they went ashore Matthew saw all of Trade and Military ships he was less nervous and more excited. 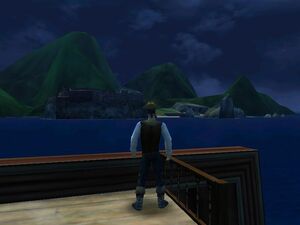 The Family soon settled into their new home and new life. Cutler and Henry were serving in the East India Trading Company while Matthew was home schooled by his Mother. His Father also being the Earl of Guilford was between Port Royal and London so he never was able to see him or His brothers. He spent most of the time with his Mother. When he was not with his mother he spent his time watching the Royal Navy soldiers and officers. He was fascinated by these men. Their uniforms, their weapons, Matthew was amazed by them.

In 1730 on Matthew's 16th Birthday his eldest brother Cutler gave him a Rapier which he claimed from the Sultan of the Maratha Confederacy. Cutler also hired a young trainer named William Turner. Matthew became quite skilled with a rapier and was secretly taught the ways of throwing knives and daggers. Matthew was begining to like his New life however things took a turn for the worst. In September of 1733 Sir Thomas Faye died of cancer leaving the Family with only a name and debt. Being the oldest at 29 Cutler became Head of the Family and Earl 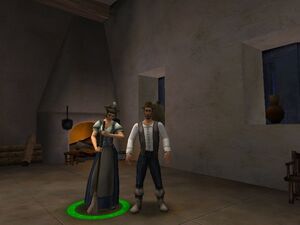 of Guilford. Deciding Matthew had no other Path, Cutler with what little money was left Bought Matthew the low rank of Private in the Royal British Navy . Matthew was garrisoned in Fort Charles. He often found himself bored since there was little to no Action. He spent his free time doing what He did best practicing his Sword fighting and the Violin. His fellow soldiers mocked him they did not believe he was cut out for the Royal Navy.

In January of 1734 while out in town Matthew met his First love. He has never seen her before, she was the Daughter of the British Admiral William Cooke, her name was Victoria Cooke. Matthew did not know what to do but while he was not paying attention he walked into her. He made her drop what she was carrying and proceeded to help her pick it up. She was angry until their eyes met. It was love at First sight. Both of them walked to town together talking about themselves however they were interupted when Admiral Cooke called Victoria home. Matthew made a promise to himself that he would make Victoria his wife.

Over the next few months Matthew and Victoria spent a considerable amount of time together. Cutler bought Matthew the rank of Lieutenant and Victoria had become a School teacher. They were in love however this was Kept secret from their Families. The Fayes and the Cookes had an age long dispute. They families hated each other. If Admiral Cooke or Cutler found out the would be forbidden to see each other. Their relationship was very well kept secret. They saw each other late at night or when Admiral Cooke and Cutler were Away.

Chapter 3: The First Taste of Battle 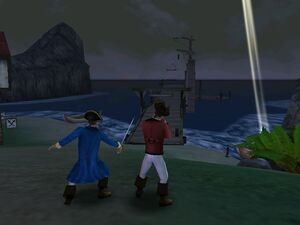 In Mid-summber of 1734 Matthew now a Captain and several other Officers were sitting in the Officer's Quarters of Fort Charles, sitting around the fire Drinking rum when suddenly they heard cannon fire. They believed since they were somewhat drunk that it was merely a Drill. Then Admiral Cooke stormed in and ordered them to the Docks. When Matthew exited the Fort he saw three pirate ships engaged in battle with two Royal Navy Frigates. He also saw several Pirates storming the Docks and Beach. Citizens were running from the docks. Matthew quickly grabbed a Bayonet and opened Fire. Matthew was able to Kill at least fifteen pirates then drew his sword and charged. Having been taught the ways off the blade he was able to cut down twenty pirates. The Battle lasted for hours until the Final blow was delivered to the Pirates when His Majesty's Elite Marines Arrived. The Pirate ships sailed off leaving any remaining Pirates on Port Royal. They were all taken to the Prison and were executed the next day. After the ordeal Matthew was raised to Commodore and was appointed Captain of the HMS Virginia.

Chapter 4: Heartbreak and Banishment to India

In the winter or 1734, confident that he had earned the proper rank and respect. Matthew decided to Propose to his true love Victoria. However, he first had to get permission from Lord Admiral Cooke. Matthew made and appointment with Admiral Cooke in his Office on Port Royal. Cooke never really did like Matthew being as he was a Faye but when Matthew came to him with this pathetic attempt Cooke was furious. Matthew was utterly rejected by Cooke and was forbidden to see, talk or even write to Victoria. To completely insure that Matthew would stay away from his Daughter Cooke decided to transfer Matthew to the British Fleet in India. On May 17, 1735 Matthew with the HMS Virginia and her crew began the seven month journey to India.

Retrieved from "https://gamersfanon.fandom.com/wiki/First_Lord_of_the_Admiralty_Matthew_Marcus_Anthony_Faye_Blastshot_I?oldid=747767"
Community content is available under CC-BY-SA unless otherwise noted.