Fancy Clan is a group for people who have the best of the best. Best clothes, jewellery, tattoos and other refinements. To become a member, you must sign up. We will decide if you are qualified. These pirates are said to be the finest and wealthiest.

These are the people who Shadow would like to have in this government. Please note, these are not the only people who can join. Anyone can as long as Shadow approves.

If you are listed here, you do not have to ask to join.

Here is where votes, discussions, everything happens. If you have a concern, suggestion, etc, leave your message here. Please check here for the latest events and such.

Each member is asked to make a section. See below for some examples. Please be wearing your finest, mate! Members may include outfits, jewellery, gold, ships, tattoos, anything that would make them seem, fancy!

Ranking: The ranking system is based on when you joined. For example: The first member to join would have the rank "First Member" and be first in command.

This outfit also features a set of silver rings and a black gem ring. 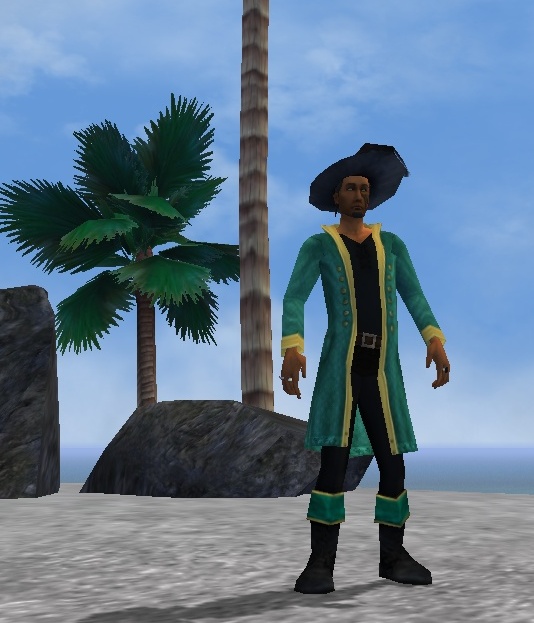 Shadow's Closeup is made of some of the most rare jewellery and a rare tattoo. 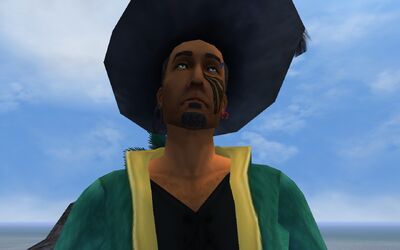 John's style is a very elegant type, with touches of tough weather wear, such as his rough tricourne for the Caribbean sun. Picture taken at sunset on the bridge to Kingshead Keep. John has had all his clothes crafted in far away places.

Richard's normal outfit is a bit of a flavorish minty mix, with a touch of rich. Though, it is sort of simple in a way.

It starts off with a Black Valentines Tricorn, and then bellows down to the Barbossa Coat. This starts a black flavor. Then, it runs minty with a Green and white shirt with golden buttons, found from the Emerald Duelist set.

Now, it adds a brown belt. Next it swoofs down to the pants. A grey-ish black pair make the black trend kick back. And finally, the finishing touch, : The Emerald Boots. This adds to the green and gold flavor. Making the outfit Green-And-Black, Richards two favorite colors. Black+Black+Green+Black+Green+Black =Black and Green.

This picture was taken on a great day with a beautiful sunset, on the docks of Tortuga, Richards favorite spot in the Caribbean. 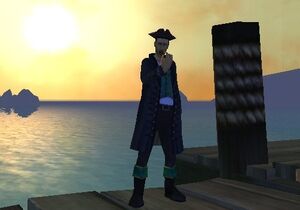 His outfit is comprised of mostly Dark Black pants, Dark black Short Sleeve, and Dark black belt (beat that). And now onto the vest, his vest is a Forest Green Sack Vest. His pants are Valentine’s Boots. Then his hat is a Black Buccaneer Hat. 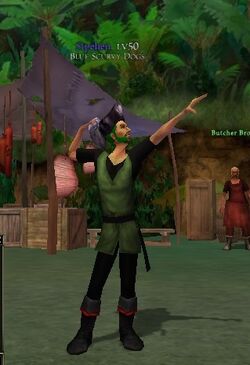 As for tattoos, he has a Tribal Goatee tattoo. I call it a complete beard. 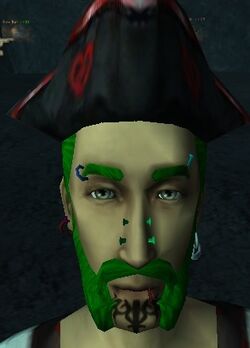 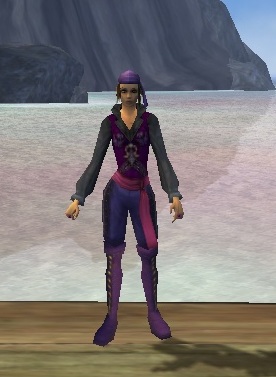 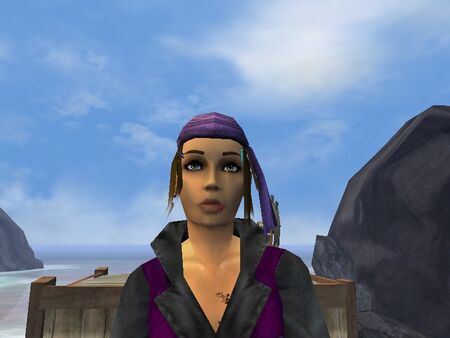 My outfit is simple. I wear the Barobassa hat, the Black Gold Longcoat, an Adventure tank and vest, the Jolly 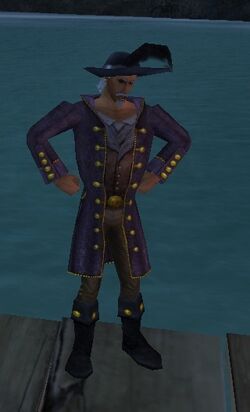 Jones Belt, 44 Dubloon Breeches, and Blue Fur Top Boots. HIs jewelry includes rings on both hands. A gold ring on my right, and a bright red ring on my left. I wear one gold earing on his right ear. I have tattoos, but their not visible with my fancy clothes. I have dark eye paint on my eyes. I have a small beard, and a small mustache also. And also, I'm SOO fancy, i decided to make up a group called: The Awesome-Looking Mustache Guys!

Jeffrey Blasthawk The King of Random 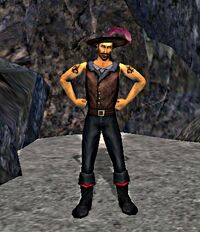 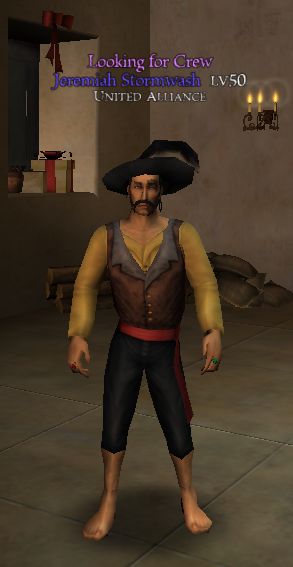 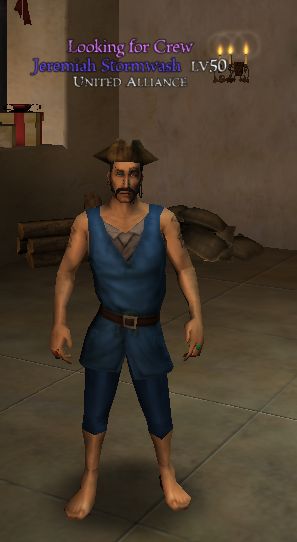 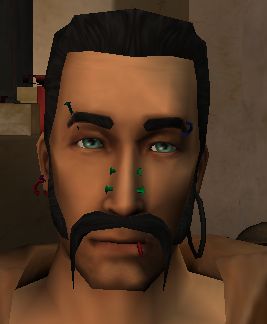 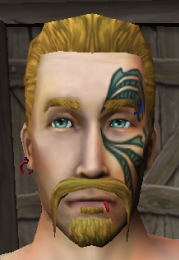 OMG THAT IS COOL TATTOO!!!!
Undefined
undefined
Add a photo to this gallery

The main outfit adorned by Will, Jarod's brother's pirate, consists of mainly gold and black items. He hopes to level up SvS so as he can add the Keelhaul Long Coat and Spanish Ostrich Hat to this outfit.

Retrieved from "https://gamersfanon.fandom.com/wiki/Fancy_Clan?oldid=757132"
Community content is available under CC-BY-SA unless otherwise noted.