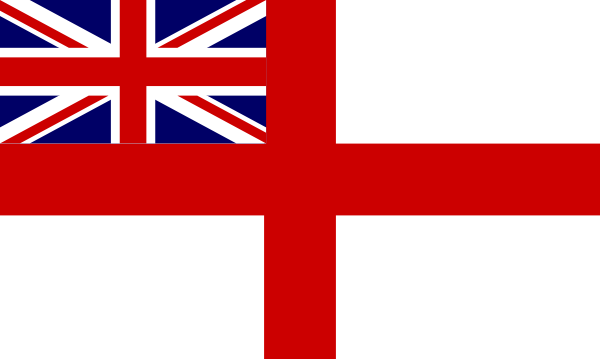 The English Royal Navy. The guild created upon the request of Lord Admiral Davy Helmhound, to the King of Great Britain and Isle. John Breasly. This Guild to be the New naval guild among England. Under the command of Lord of Admiralty Matthew Blastshot. The new guild combines old traditions of the Royal Navy with the most modern tactics and Vessels. The New Guild was created to bring back the Golden age of Sail, when the Royal Navy Ruled the High Seas.

(In order from Lowest to Highest)

Admiral of the Fleet

*Uniforms to differ upon availability*

~Rear Admiral - Admiral of the Fleet~

The following rules and edicts should be followed at all times in the guild. Failure to do so will result in a demotion or even termination from the guild.

Gentlemen. I shall not ask any more than of any men than

what that man can deliver, but I do ask this, are we not King's men?

On the King's mission?

passed us by. Are we not King's men?

Hands aloft, and bear away! Stave on ahead to Whitecap Bay!

419px
Retrieved from "https://gamersfanon.fandom.com/wiki/English_Royal_Navy?oldid=724213"
Community content is available under CC-BY-SA unless otherwise noted.