Devils Garden is a garden in the land of Hel. The garden was made when The Almighty Grandlord of Chaos, Khaos decided that when he would retire from enslaving & causing chaos he would need a place to relax. However he never got to use the garden because His son Jackyl Rogers father of Jolly Roger and cousin to The Traitor Ghost Bosses turned into the first reaper. However Khaos still visits the garden occassionally. 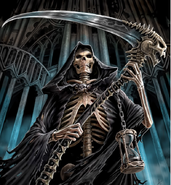 Jackyl Rogers in the cathedral of The Garden 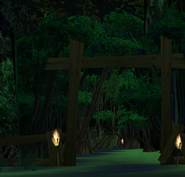 Deep inside the Garden there is a forest.... 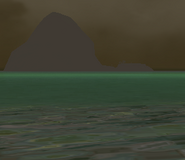 A sea view of Devils Garden

Devils Garden is the garden where all undead are summoned, Devils Garden has no seasons but it melds depending on the mood of The Almight Grandlord of Chaos, Khaos

Devils Garden took 7 years to be built, mostly because the death percentage of EITC Grunts shrunk for a while. After the long seven years of work, sometimes Khaos's men worked during the day! When Devils Garden was finally ready for presentation to Khaos he realized a place this dead couldn't stay up to his extreme standards so he hired a Shadow Reaper, Horror to tend to the gardens along with his other duties of being a Palace Guard. Horror does his job well and gives tours to occasional visitors: Jackyl Rogers and The Almight Grandlord of Chaos, Khaos.

Retrieved from "https://gamersfanon.fandom.com/wiki/Devils_Garden?oldid=723183"
Community content is available under CC-BY-SA unless otherwise noted.