"If you want something done right, Do it yourself!" -Davy Helmhound

Davy Helmhound is a Lord Admiral & Strategic Admiral in the Royal British Navy, The Asst. Head Secretary of the Royal Navy and was appointed Advisor of the Lord Overseer by the King himself.

Davy Helmhound was Born in Madeira, Portugal on May 13, 1710. He used to sail the trade route aboard the British East India Co. Ship HMS Hound. But Soon after his Parents Lina and Adam Helmhound who where Officers in the EITC, relocated to London England where Davy Helmhound grew up. He attended the Maritime Academy of Great Britain and Isle. Graduating top of his class in 1732. And Given the Degree of Founder. He went on to become a Captain in the Royal Navy. Finding the Royal Navy wasn't in need of his service at this time in the English Channel, The King offered him a Position of High Rank in the Spanish Main. The King offered him the position of Strategic Admiral of the Royal navy, He gladly accepted this offer. Davy Helmhound still currently operates the Spanish Main, where piracy runs rampid. After the the loss of many EITC Ships in the waters of the Caribbean, The King appointed him as Advisor of Naval Affairs to none other than Johnny Goldtimbers. Admiral Helmhounds sence of dicapline aboard naval vessels has payed off for him as he personally retraing officers in the EITC Navy how to better command they're ships and crew. At the time his station was is in Fort Charles.

His newest command is currently being built in the Shipyard a War Brig commisioned under the name HMS Rip-Tide Revenge' will be his flagship when the ship is finished. While his vessel is being built in the caribbean he has decided to return to England to discuss Operation Liviathan with the King of England and head of the Royal Navy. While on his way to England is in command of the HMS Concorde. The Vessel is on its way to Havana, to replenish before heading North to the the Florida Keys then North and to its Final stop in New England before making the Crossing to England. The Admiral will have full command of this vessel until the HMS Rip-Tide Revenge Is Complete.

Three Years after being in the Spainsh Main Admiral Helmhound was aboard the War Firgate the Golden Dragon under the command of Captain Sulivan, when she was ambushed by a fleet of Pirate Vessels. The Battle lasted several hours the Golden Dragon held tell the 9th hour when her white flag was raised not the admirals decision but the remaining crew had voted to do so. Pirates of the dreaded ship Black Swan boarded her taking the good captains life but sparing that of Admiral Helmhound who was thrown into the Brig of the enemy ship. Admiral Helmhound was held for ransom of 60,000 the cost to repair the Golden Dragon and be converted to a ship of Piracy. News broke in London that Admiral Helmhound had fallen to piracy in a false news report, but was quickly cleared up in a public adress by the king. The King sent out a Treasure Fleet to deliver the ransom and take back Admiral Helmhound which was done so on Rummrunners Isle. A ship flying the colors of the EITC appeared on the horizon and so came forth the treasure fleet. The Pirate Captain had fallen to the Crown and piracy had lost one of its greatests; Although this was a victory the pirates still managed to get away with the newly converted Golden Dragon and its wear abouts are currently unknown.

Letter to the King

Upon completing retraining officers of the Royal Navy and EITC. Admrial Helmhound Sent a letter to the King asking to return to The British Empire from the Co. Black Guard. The Admiral upon his request of returning to the British Empire, the Admiral was given the Job of Asst. Secretary to the Royal British Navy. The Letter Stated:

Addresed to the King of Great Britain and Island,

To Who this may Concern,

Piracy in the caribbean is at an all time high. Enclosed is brief information about the details of Operation Liviathan. As Strategic Admiral of the Kings Royal Navy. I Have worked dilagently retraining officers of the EITC, In Ship Navigation and Ship vs. Ship combat. I have completed this assignment and now wish to return to the British Empire. Once i return to England i shall discuss the plans mentioned above further more. Upon return, my rank shall remain the same.

On December 5, 1744, Admiral Helmhound resigned from the EITC Co. Black Guard, with him on a treasure fleet on the way to London. He alters his plan for the upcoming proposal of Operation Liviathan.

The HMS Rip-Tide Revenge, currently being build in a secret location in the Caribbean, one of a few War Brigs to reach the Caribbean waters for the Royal Navy and EITC. She is currently 4th in line for completion and is expected for delivery in the coming weeks. The Vessels scheme is currently being decided by Admiral wearing the Colors of the Royal Navy or The EITC Colors. Not much is known about these War Brigs but they are soon to be the most powerfull war ships in the caribbean.

Ships Under his Command

(In Order From Past to Present) 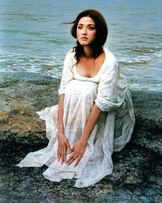 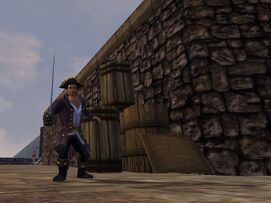 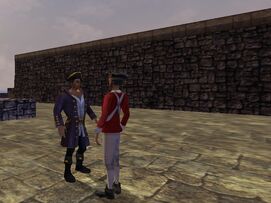 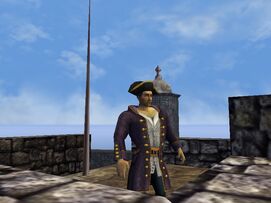 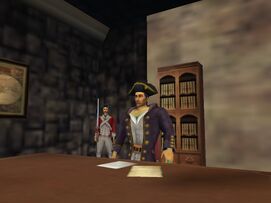 Davy's Office in Fort Charles
Add a photo to this gallery

Retrieved from "https://gamersfanon.fandom.com/wiki/Davy_Helmhound?oldid=705772"
Community content is available under CC-BY-SA unless otherwise noted.