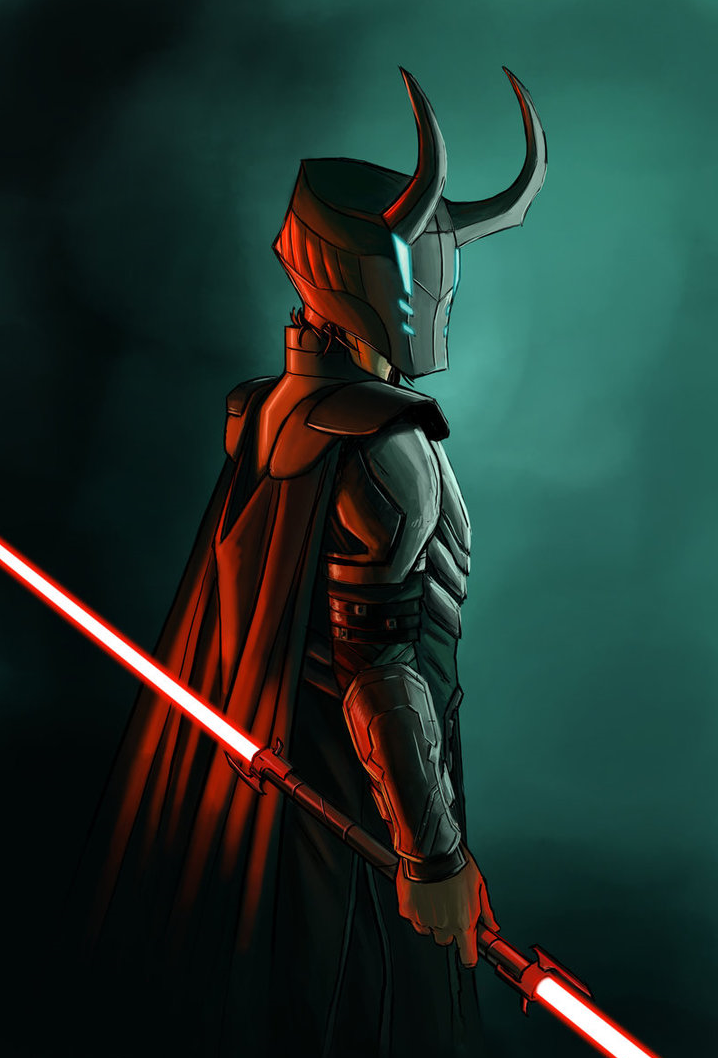 Darth Yavin was an ancient Sith Lord who left an eternal legacy by discovering a massive gas planet, building an orbital space station over it, and naming it after him. This planet would be named Yavin, the titanic red hued gas giant and host of the first Death Star.

Living and reigning approximately some time before the emergence of the Reconstituted Sith Empire, Yavin rose to prominence as one of the first Dark Council members and served as the Head of Sith Mysteries. His searches led him to the far reaches of the Galaxy, and eventually, in the apex of the Outer Rim Territories, the ominous red planet that would quickly be named in the Sith Lord's honor. Yavin built some sort of settlement over the gas giant, using it to survey the surface and monitoring it for suspicious activity. After several years of intense searching, Yavin discovered an ancient Rakatan structure hovering just over the poisonous surface of the planet, obscured by an endless storm called The Eye of Yavin.

The structure was composed of an ancient Precursor metal and was being powered by a supply of Isotope-5 that had presumably been functioning for tens of thousands of years. Yavin led a research team to the space station and found a multitude of ancient Rakatan technology. Thousands of documents detailed the process of attaining complete immortality.

Yavin memorized dozens of rituals and stored them all in his holocron, fearing that he may lose all progress on his path to immortality. However, in an attempt to contact his fleet, he found that they had all abandoned him, suspecting him to have gone insane on his seemingly fruitless search for immortality. Yavin and his team starved to death and lay in agony for days, some of them turning to cannibalism and others driven insane.

Thousands of years later, Darth Triton came across the ancient station with a fleet of his own. There, he discovered Yavin's holocron and studied it for years, following the instructions to the word and discovering tons of long forgotten rituals. Yavin's studies had allowed Triton to discover true immortality, and in yet another way, his legacy would maybe live on forever.

Retrieved from "https://gamersfanon.fandom.com/wiki/Darth_Yavin?oldid=716111"
Community content is available under CC-BY-SA unless otherwise noted.