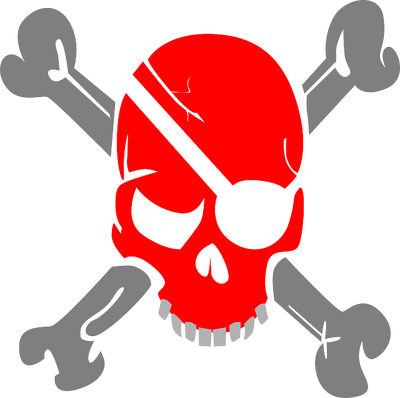 After interest had died out for a while in the server Civcraft, Ned saw this as an opportunity to start a new wiki faction. Ned & Vitiate had been originally planning to return to MythCraft, the old server of TheWikians, but this was unpopular among other wikians. Ned & Skipper started looking for servers that didn't immediately give you lots of things to start & servers that were fun to play on. Ned stumbled upon the Desteria server, and liked the server's classes (Assassin, Undead etc.) & custom music. Ned told Vitiate & Cannonwalker about the server and they liked it. The three decided on the name Darkhart, which is the name of a Pirates Online boss. They set out to find a base & decided to make an original base like TheWikians had & built an underground base. Later in the day, other wikians started joining, first ObsidianVader & then GiovanniCasanova.

After only one night in the underground base, the Faction decided to pack up & move, similar to TheWikians, however this was not influenced by an attack. The underground base was usually always considered a temporary base, so Ned & ObsidianVader set out to find a spot in the ocean to build a fortress. The fortress was to be built out of cobblestone & covered in water to prevent TNT cannon attacks, similar to the Elitecraft fortress made by the Templars, in which Ned, Cannonwalker & Giovanni are all members of. The faction moved into the fortress officially on May 1, only 1 day after being formed.

On May 2, the faction was joined by Mallace & DAVESDAVY. Giovanni found a large underground hideout that would be adopted as a second base. The second base features a very large Cactus farm, which has caused some arguments from within the faction due to Cactus being worth lots of money on ths server.

On May 3, Ned, DAVESDAVY & Lord__Vitiate had decided to attack some people for some free goods at /warp wild. Ned got into a fight with 2 people in particular, who were enemies of the faction. They both managed to kill Ned.

The Faction was abandoned sometime in May, due to the fact that Desteria would be doing a complete server reset, which caused members of the faction to lose interest. The closure of the faction lead to another slow period for wiki Minecraft activities, which ultimately lead to the creation of NeddehCraft 2.0.

Darkhart returned to Desteria on November 5th, 2017, when after a period of relative inactivity in wiki Minecraft adventures, interest in playing another factions server rose again. Ned_Edgewalker saw on a list of factions servers that Desteria was still active, and thus began playing it again. Ned re-founded Darkhart on the Eldyn realm and was soon joined by MC_Zoomer and TheNextMaster2.

Mallace joined on November 6th and Squirto19 joined on November 7th. Throughout both of these days, what was once a dull stone hollow became a prosperous small faction with a permanent and supple food supply, a stake in the land surrounding it, and decent armanents.

On November 8th, after laying a solid foundation for the future of the faction, the Darkhart officers conducted their first military operation in the name of living room. The two test dummies would be two factions: "BudRunners", which bordered the small Darkhart encampment, and "Domination", which was detected not much farther off. Of these, "Domination" proved ideal; its defenses were hastily and carelessly made, and pinpointing its exact location and slithering in proved no hard task.

Before the invasion of "Domination", however, both factions were put in a "chokehold" by Darkhart; that is, they were trapped through land claims in their own graveyard. Once preparations have been made, the virtually defenseless and incomplete "Domination" base was bombed to its core, revealing a lucrative hostile enemy spawn system, cementing the officers' desire to fully occupy it.

Three days later, on November 11th, Zoomer, secretary of defense of Darkhart, received word that "Domination" had surrendered unconditionally, allowing the invading faction to completely overtake their territory. There are plans for the new "province", named Bloodless, to contain a large farm and to reap the benefits of the spawners, or the "production room". The 11th also saw the largest territorial expansion by the faction.

On November 12th, a new threat presented itself to the faction, south of its headquarters: the affluent faction, "KnightZ". Its flashy sky base was easy for Director Mallace to detect, and Secretary of Defense Zoomer put in place a plan to transfer claim power from the failed BudRunners invasion to the new KnightZ invasion, tentatively named "Operation Tearing Rampart". The officers constructed a simple TNT cannon which would, with some difficulty, breach the walls of the base and allow access. Thus began "Operation Syphon", a mission to drain all of the faction's resources into Darkhart in order to induce capitulation. The excursion was a complete success, and Darkhart awaits unconditional surrender from the crippled faction.

The fireplace in the temporary base

Cannonwalker in front of his room

The residential floor of the Main Base

Outside of the Main Base while Under Construction.
Add a photo to this gallery

The Darkhart base with shaders

signs in the Darkhart base

The lobby of the Darkhart base post-renovation

The Farm, The Room™, and the AFK fountain on the ground floor

Outside of Domination's base following the TNT attack

Spawners inside of Domination's base

The Wall of Conquests inside of The Room™

The Bloodless farm, a work in progress

The Production Room. And Ned.

Now for the goods.
Add a photo to this gallery
Retrieved from "https://gamersfanon.fandom.com/wiki/Darkhart_(Faction)?oldid=755442"
Community content is available under CC-BY-SA unless otherwise noted.