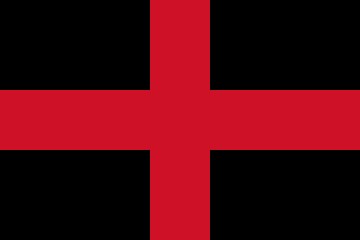 Corvus was a small island city-state on Civcraft 2.0. It was founded on February 1, 2015 by Cannonwalker, who was also its King under a Constitutional Monarchy system. The government was officially dissolved on March 19 of the same year, with almost everybody leaving the city to pursue other interests.

On January 29, 2015, after a long hiatus from Civcraft, Cannonwalker decided to rejoin. He wanted to make a small farming community similar to Astendaven, but closer to the cities. Cannonwalker, after retrieving a bucket and two diamonds he left in New Detroit, Gensoyko, journeyed to find an area to settle in. He found a desirable Extreme Hills island, but discovered that the server's RealisticBiomes mod would make growing trees there impossible.

On February 1, Cannonwalker discovered a seemingly-abandoned island about two thousand blocks south of Mt. Augusta/Gensoyko. He discovered a seemingly-abandoned house built into a hill on the island (which also had a ladder to an abandoned mineshaft), in addition to the fact that two cities bordered him to the east. He began building a house on the southern peninsula of the island and decided to name it "Wellington." Cannonwalker would create a carrot farm in the town the next day and tear down a protected wooden structure a couple hundred blocks from the town, unearthing a staircase mine.

On February 6, AwesomeA321 showed up in the town and began construction on a tower next to the carrot farm. ObsidianVader would also show up very early in the next morning, a few hours after midnight, and begin building a house of his own. A little over a week later, AlReyesSpark arrived and began building his own house. Rocket_93 would join on February 20, Ned_Edgewalker would join four days later and drlithium_ would join the day after that. After Ned and Lithium made their arrivals, building in the town began to increase, evolving from constructing small village houses to laying out the foundations for a full-sized city. It was also around this time that the city began contact with another new nation to the east, Zomia. On the 27th, Squirto19, BaronVonShush, and Dirty_Mallace (who migrated from New Detroit as Cannonwalker did) joined the city. DAVESDAVY would join the next day.

On March 1, after a lengthy debate over the city's name, Cannonwalker officially changed it from "Wellington" to "Corvus." A week later, the official flag of Corvus was adopted by its citizens. Bearing a red cross over black.

On March 19, after Cannonwalker decided that he would be leaving Corvus, most other town members decided to depart as well. Rocket_93 moved to Zomia, DAVESDAVY returned to Mt. Augusta, Dirty_Mallace returned to New Detroit, Cannonwalker moved to a jungle, and Ned_Edgewalker moved into a tundra biome. The only person who chose to stay in Corvus after the others began moving was drlithium_.

The city has gone through two name changes (one official and one unofficial) throughout its existence:

Note: This only lists citizens of the city from before the dissolution of the government on March 19th, 2015.

Retrieved from "https://gamersfanon.fandom.com/wiki/Corvus_(Civcraft)?oldid=721818"
Community content is available under CC-BY-SA unless otherwise noted.