Here lies those who have died of natural causes. 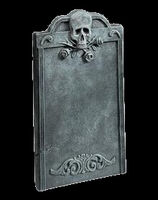 Retrieved from "https://gamersfanon.fandom.com/wiki/Cemetery_of_the_Caribbean/Rio_de_Paz?oldid=718707"
Community content is available under CC-BY-SA unless otherwise noted.