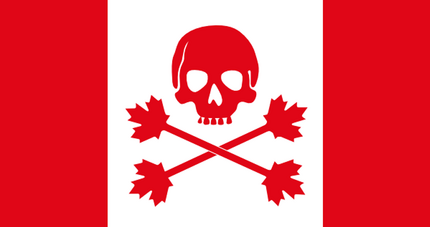 Ned Edgewalker (Born James Amadeus Hemingway; June 2, 1690 - c. 1757) was a British-Italian Pirate Lord, Hetman of Poland-Lithuania and Captain of the Fighting Fox who operated during and shortly after the Golden Age of Piracy, from 1725 until his death in 1757.

Edgewalker was a relatively influential figure in piracy and world politics throughout the 1740s and 1750s, but particularly in the mid-1740s. Although the exact date is unknown, Edgewalker is widely believed to have been killed in a fight sometime in 1757 by Pirate King of the 8th and 9th Brethren Courts, Richard Cannonwalker.

Edgewalker is perhaps best known for reviving the Brethren Courts in 1744 when he founded The 7th Brethren Court, of which he was the Pirate Prince, and the 8th Brethren Court. Other notable ventures include his short reign as King of The Kingdom of Sardinia and his time as Hetman of Poland-Lithuania.

Ned Edgewalker was (obviously) my main character on Pirates of the Caribbean Online from June 2, 2009 to September 19, 2013. I created Ned after my original founders' account had been hacked sometime in 2009. My main ship on POTCO was The Fighting Fox, which had many different iterations throughout its lifetime. The Fighting Fox was everything except a war-class ship at least once.

I was the Guildmaster of two moderately successful guilds, those being "Edgewalker, Inc." and "W A R BREAKERS." I was also the Co-GM of a very successful guild, that being "We Never Give Up!". Throughout my time on POTCO, I was also a member of many notable guilds, such as Francis Brigade, The Outlanders, Armed Guard, Mandalore Rebels, O U T L A W S, McRaging, I N F E R N O and Remy's Renegades.

Retrieved from "https://gamersfanon.fandom.com/wiki/Captain_Ned_Edgewalker?oldid=757950"
Community content is available under CC-BY-SA unless otherwise noted.