Jack Wolfspain was born on November 7, 1718, on a ship off the coast of London, England. When Jack was a boy, he was always breaking the rules. Everything from letting the family chickens free, to stealing the governors clothes. When he was a teen, his father sighed him up to be part of the EITC Treasure Fleet, to serve on the EITC Leviathin. And he hated it. After three long years, Jack was done. He'd had enough. So, that night, he planned an escape. As he fled from the crews cabin aboard the warship, he was caught by EITC thugs. He was then taken to the Captain of the ship, Edgar Smith. There he was branded with a P on his wrist, forever indicating he was a pirate. As they were about to throw him overboard, he broke free of his captors and stole a longboat. He saw an island in the distance, and rowed towards it. After two hours, the Leviathin was gone, and Jack was alone on the Rumrunner's Isle. There he found the remainder of a sloop, and five marooned pirates. They agreed to help Jack rebuild the sloop, and serve as his crew. About a month later, they set sail for Tortuga, on the Dancing Lady.

Life as a pirate

After six years Capt Wolfspain had earned himself quite the reputation. There were always bounty hunters, navy, and the EITC after him. He had gotten a larger crew, and a bigger ship, a frigate called the Avenger. He had set up bases on Padres Del Fuego, Tortuga, Port Royal, and Cuba. He had already captured, 20 Navy ships, 13 EITC ships, 7 French ships, 2 German ships and 4 Spanish ships, along with a few merchant ships, all of which were added to his vast fleet, the Black Legion. He had made friends with none other than Jack Sparrow, and helped him liberate the Black Pearl. He had been offered the possission of First Mate on the black ship, but he declined, saying he had other matters to attend to. He had participated in invasions againdes the forces of Jolly Roger, and had single-handily fought him in hand-to-hand combat. He had sunk the Queen Anne's Revenge, and had been pulled into a sea battle between his ship, and the Harkaway, the ship of Jolly Roger. 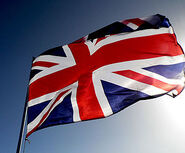 Retrieved from "https://gamersfanon.fandom.com/wiki/Capt._Jack_Wolfspain?oldid=756735"
Community content is available under CC-BY-SA unless otherwise noted.