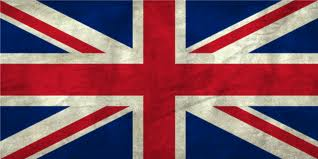 The British Co. Elites is the newest British fighting force. With nearly 200 members in a week, it is by far one of the most successful growing guilds. It is led by Minister of Warfare Sven Daggersteel and currently holds the most important British Delegates including Prime Minister Jonathan Goldtimbers, and the King himself!

After the Post-Paradoxian War ended, England felt it needed a new fighting force to protect itself against the growing Spanish menace. Seeking to regain himself, Sven Daggersteel created a new guild with the help of the Lord Chancellor. It is currently the powerhouse of the British Empire, holding many of the battles against the "Casa di Royale". The British Co. Elites housed many elite members, including Blake, Christopher, Charles, William Seasteel, Sam Seavane, Jack Stormrage, William Sharkskull, and many others. Before its downfall, close to POTCO's end, the British Co. Elites were an unmatched Roleplay Guild, one of Great Britain's finest Guilds to ever be created.

The British Co. Elites were known most for defending Irelands shores in the Invasion of Ireland, a war waged by Pearson Wright to attack Britain's homeland. Minister Sven Daggersteel ordered all his Sea Lords to rally up the Navy, by doing that every Navy ship stationed anywhere in the world would come to Ireland to make a huge effort of defense.

After the British Co. Elites sored through its prime, Sven felt it was necessary to step down due to the inactivity of the Guild. Sven wanted to give the younger men a chance to lead, but sadly POTCO's end was unseen until the post in September.

By POTCO's end, all the Royal Navy men joined Co. Black Guard, to celebrate one last day together before the end.

The Guild is currently gaining new recruits every day, it also fights the Spanish once in a while in various types of combat, at sea, or at land. The Guild is ran by Sven Daggersteel, whom always managed to come online every day to keep the Guild in order. He himself could not have made a guild alone, it was his friends and fellow Brit's that helped him gain the confidence to rebuild England.

~ Note: The Field Marshall rank can be given to any officer that leads an elite unit. ~

The EITC division is under command of General Nathaniel Crestbreaker, and overseen by the Minister of Warfare, Sven Daggersteel. There are 9 Platoons with 3 seven-man squads adding up to 21 soldiers and 2 officers for each Platoon. Colonel's lead Platoons, with Lt. Colonel's assiting them. Majors/Captains lead Squads, Lieutenants/Sergeants assist in squads, while Corporals/Privates serve in Squads. Cadets have to go through lethal training to serve in the Division, and are the best of the best. They are second only to the EITC/British Special Forces. Sign up here.

The English Armada is the strongest Naval force on Earth. It is lead by Minister of Warfare Sven Daggersteel himself, with the Noble Thunder as Flagship. It is comprised of several smaller sub-divisions, or fleets, each led by a Sea Lord.

The Home Fleet is the strongest Fleet in England. Led personally by Minister Daggersteel.

The British Co. Elites held elite training cycles. Always led by the highest officer online, BCE held elite trainings ever day. Training on POTCO was a legacy carried on from  Pablo Swordmaster, all the way to the Co. Black Guard, now here. Training was always held every week, with about 10-15 people. Please view this page for more.

Some of the Black Guard aboard the Pride of the Fleet.

Awaiting orders!
Add a photo to this gallery

England pushes out Spanish forces out of the Irish hills, and harbor. Ireland has now become safe to be inhabited by fellow Natives. Fierce fighting took place, but one thing is for sure, NOTHING, can take something away from his Majesty or the British Royal Navy. Taking Ireland was just like claiming a Bone from an angry Dog...the Royale Co. Navy did its job and made Spain suffer in defeat.

No longer faced by the Spanish threat, Minister Daggersteel and his men build up an organized military. 5 Platoons made up of the most highly trained militiary in POTCO. Crossbones, Stewart, the Ministers son William, Charles Sailsbury, and Christopher. Naval fleets were formed as well, making the Royale Co. Navy the most elite fighting force on Earth.

The British go to Russia and fight off its fleet. The British have had no casualties, leaving the Russians with no Navy. The British used the Noble Thunder, while later on First Sea Lord Maxamillion launched the Golden Rose. The current Tsar of this battle was Jack Goldwrecker.

Only one Sea Lord remains, as Sven Daggersteel chooses new candidates for the positions of Sea Lords.

The day Sven Daggersteel was born has been celebrated throughout Great Britain and the Caribbean!

The first battle of the new war, waged by Pearson Wright, was won by Britain. Amazing work was done by every man on the Noble Thunder who fearlessly fought against the deadly Spanish.

Sven Daggersteel has stepped down from England, waging a major chaotic crisis throught the English Isles.

Retrieved from "https://gamersfanon.fandom.com/wiki/British_Co._Elites?oldid=705362"
Community content is available under CC-BY-SA unless otherwise noted.