Bobby Moon joined POTCO in the early summer of 2010. Her first guild was Fatal Distractions, which she left later due to several disagreements with the GM. A guild-less Bob then founded Moon's Crew, a safe haven for pirates and misfits. After weeks of hard work, the Crew recruited over two-hundred active members. With these increased numbers, Moon and her guild began rebelling against the EITC, a group that aimed for game-wide control. By combining with other rebel guilds and organizations, Bobby and Moon's Crew sabotaged many EITC operations.

As Country Roleplay took hold, piracy began to disappear, as well as the members of Moon's Crew. With few active members left, Bobby left Moon's Crew to continue her work against the EITC. She did not want to become a subordinate in another rebel-pirate guild, so she began her career as a spy. Bob infiltrated EITC guilds, using the information to sabotage their operations to some degree. She also passed intelligence to other pirates, such as the members of the Red Resistance.

This era was also the time when Bob met many of her long-lasting friends, such as Albert Spark, Poeman, Hannah Bluefeather, Stardust. Bobby also began her journey toward Country Roleplay during this time, when Hannah proclaimed that they were sisters.

On April 26, 2011, Bobby Moon joined the Potco Players Wiki. There, she met some great people and furthered her friendship with many others. That day basically started a whole new crazy adventure. Later that year, on May 8, Bobby created N.R., an alternate identity to speak her message.

Full Moon Corp. is a company, owned by Bob, that produces all the crap she writes, as well as the random products that amuse her.

Bobby Moon founded the Moon's Crew guild on August 1, 2010. The guild was in its prime during 2010 and some of 2011 with about 200 active members. Although she left the Crew when its activity died down, she returned right before the game closed in 2013.

Anti-Bob is the alter-ego of Bobby Moon. She is known to follow the rules and wear large amounts of pink and skirts. If seen, destroy immediately!! See her page for further details. 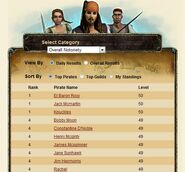 Bob on da leaderboards! An epic win or a sign I really need a life...
Add a photo to this gallery 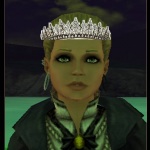 Add a photo to this gallery
Retrieved from "https://gamersfanon.fandom.com/wiki/Bobby_Moon?oldid=747539"
Community content is available under CC-BY-SA unless otherwise noted.