Picture this: A ship... hidden in secrecy... appears in the shadows. Your first impression is huge. The size of this Ship Of The Line is massive. Your second impression is black, after all the ship is a streak of nothing but black, even the sails. As the ship speeds towards you, your ship seems like a bathtub toy, your sailors cower in fear gazing up at the 50 cannons that run along each side of the ship. At the very bow of the ship it reads Pазрушитель, Destroyer. At a speed one would never guess from its size the ship turns on an angle facing your ship face-to-face. A razor sharp end jams into your ship, however you survive. At the blink of an eye you hear a command in Russian and several flaming-cannonballs pierce your ships hull. Congratulations Czar Benjamin Macmorgan!Paзрушитель is yours! This ship of the line was made by The British Navy! blueprints designed by Edgar Wildrat. 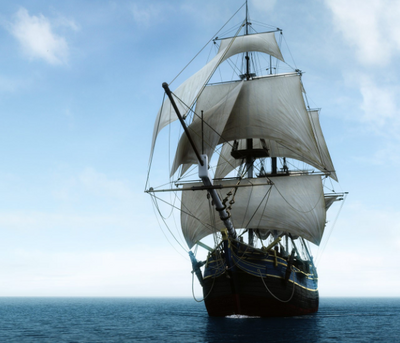 Retrieved from "https://gamersfanon.fandom.com/wiki/A_gift_to_Russia?oldid=713721"
Community content is available under CC-BY-SA unless otherwise noted.