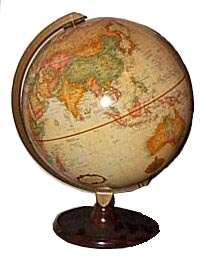 Tired of people saying " My country is much stronger then yours" Well this is the official top 10 most powerful country chart! Feel free to update the information on here. But don't do something silly like give your country 10 million troops, or DON'T put your country on this list even when it should be!

Don't edit it please! all these are from history and such. So please ( john macbatten ) dont edit it to your likings I spent good time doing this. Its for Historical purposes only.

- On the 1st of every month. A poll of each of the top 10 countries will be made. The countries that don't get any votes will be kicked off the list or moved to - subject to change

- subject to change are countries that MIGHT be deleted from the Top 10 list and be replaced with something more historically possible.

[1][2]Peter the Great in the Battle of Poltava[3][4]John Churchill, 1st Duke of Marlborough, English general.*1700: The 1700 Cascadia earthquake (magnitude 9) occurs off the coast of the Pacific Northwest; Japan is struck by a tsunami.

[9][10]Frederick II the Great, King of Prussia.[11][12] The extinction of the Scottish clan system came with the defeat of the clansmen at the Battle of Culloden in 1746.[12]*1740: Frederick the Great comes to power in Prussia.

[17][18]Rejtan and the Partitions of Poland[19][20] A Watt steam engine. The development of the steam engine started the Industrial Revolution in Great Britain.*1770: James Cook claims the East Coast of Australia (New South Wales) for Great Britain.

England vs Redbeard ( outlaw: In progress )

Russia vs Redbeard ( outlaw: In progress )

England vs Sweden ( in progress )

Denmark vs Sweden ( in progress )

Persia vs Sweden ( in progress )

Ottoman Empire vs sweden ( in progress )

Russia vs Sweden ( defense: in progress )

Retrieved from "https://gamersfanon.fandom.com/wiki/Top_10_Most_powerful_Countries?oldid=746812"
Community content is available under CC-BY-SA unless otherwise noted.